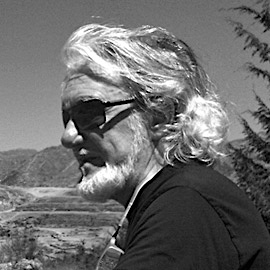 Investigate, explore and discover the mysteries of the ancient world. Reveal the secrets of the past and rewrite the history is the main purpose of our mission and work.

Born in Catalunya (Spain), he studied at the Faculty of Political and Economic Sciences in Barcelona. An historian, researcher expert in ancient symbology and in Oriental and pre-Columbian cultures has developed a large catalogue of studies and archaeological, anthropological as well as ecological works over many years, covering unknown aspects of evolution and our history that have remained hidden throughout the centuries. In 1982, created a multidisciplinary team of research and exploration with the aim of studying and researching the most unfathomable mysteries of our past. Making various expeditions and explorations throughout Asia, Europe, America and Oceania as well as important voyages in the Mediterranean Sea, Atlantic Ocean, Caribbean Sea and Pacific Ocean, collecting lots of data that will provide a new vision into the history of ancient civilizations.

He has collaborate with the World Wildlife Fund (WWF Prodena, Peru) on different projects for the preservation of the Wild Life of Paracas Reserve, and the Reserves of Pampa Galeras and Manu (High Amazon). He has also undertaken archaeological and anthropological works with the Peruvian Government, rescuing important remains for the Cultural Heritage of the country. His latest project “the tunnels of the andes” tries to solve that mystery is hidden in the interior of the Andean mountain range.

Multidisciplinary team founded by ANSELM PI RAMBLA that joins him with the mission to promote research, exploration, preservation and conservation of our Planet Earth and its Ancient Cultures.

All of its members are experts in different disciplines: history, archeology, anthropology, environment, architecture, topography, mapping, remote sensing, archeoastronomy, exploration, filming, photography and image and graphic design among others.

In special investigations and explorations they contribute with different international institutions in cultural and environmental projects offering filming, reports and publications of all their works and scientific results.